LoLarchive is a website that logs and shows past matches of players in League of Legends. 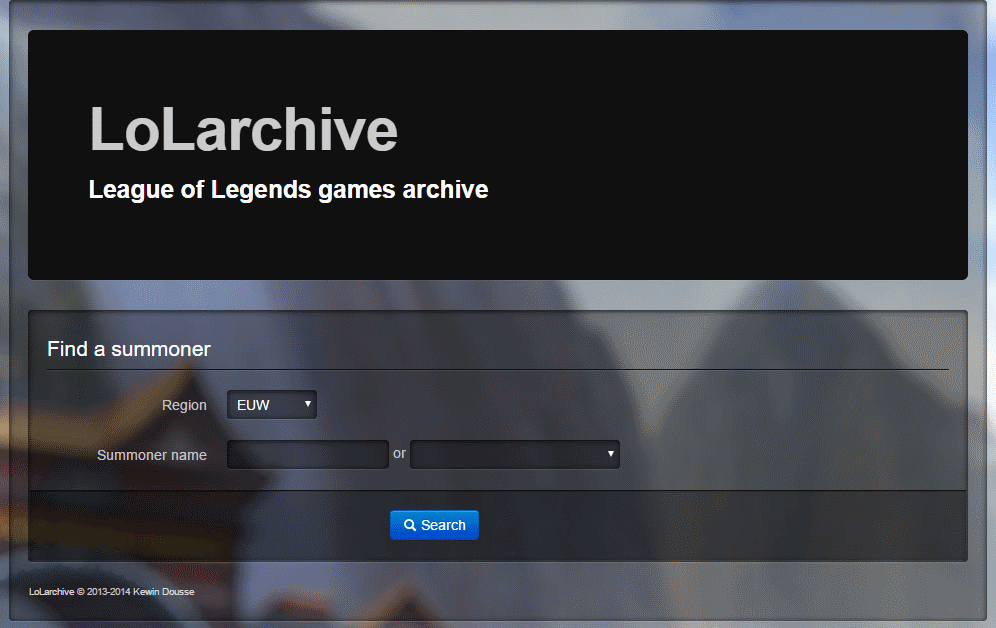 At the time where the game League of Legends had no official API, I still wanted to see a player’s past matches. So I started to write a script that parsed bigger sites’ data about the game that had a privileged API access. The script sent the data to a database that stored the matches, a page displayed the mathes. The project evolved once Riot Games released their public API, and was then a stand-alone app that updated itself every few minutes.

At the start of the project, it consisted of a Greasemonkey script that sent other pages’ data to my database, and then a web server displayed it using PHP. It then turned into an app querying League of Legends’ API itself, and was able to display games of multiple players, and filter them.

The site ran well and recieved updates for 2 years. However due to a lot of breaking API changes, I decided not to pursue maintaining it. The site is now out-of-date, doesn’t update and is nearly completely unusable. I’ll be closing it definitely soon. 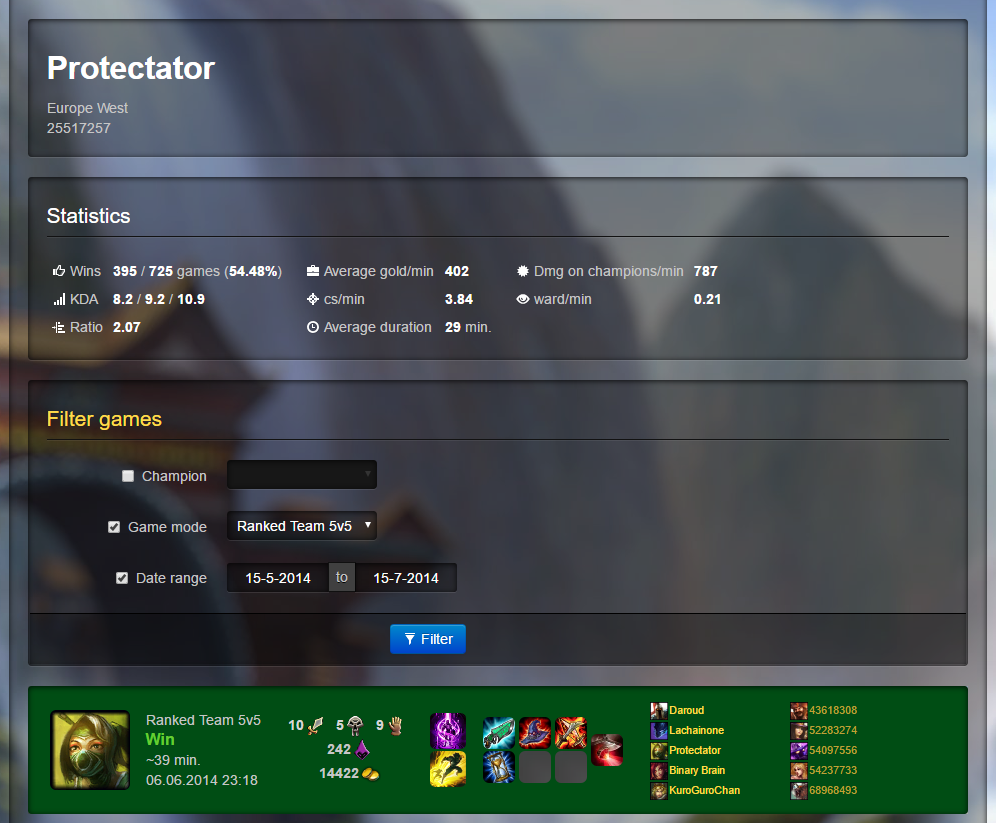